What is the Municipal Party Board of Castelló de la Plana?

The City Council, as the Territorial Administration that created the Patronage, has the faculties of control assigned to it by the regulations. The Board and its entities are attached to the Local Government Board of the City Council.

Within the Municipal Party Board there are the following types of organisms:

The organization, operation and legal regime of the Party Board shall comply with the established regulations with the general administrative and local regulations applicable to the City Council, with the particularities of the Local Autonomous Bodies and their Statutes.

In order to comply with its fines, the Party Board requires the collaboration of certain citizen groups, among which the Gaiatas or sector commissions, the Collas and other groups that under the name of linked entities or collaborators are recognized in the own statutes of the Board. 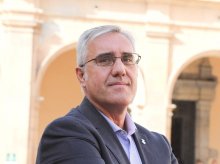